How Old Is Too Old To Workout? 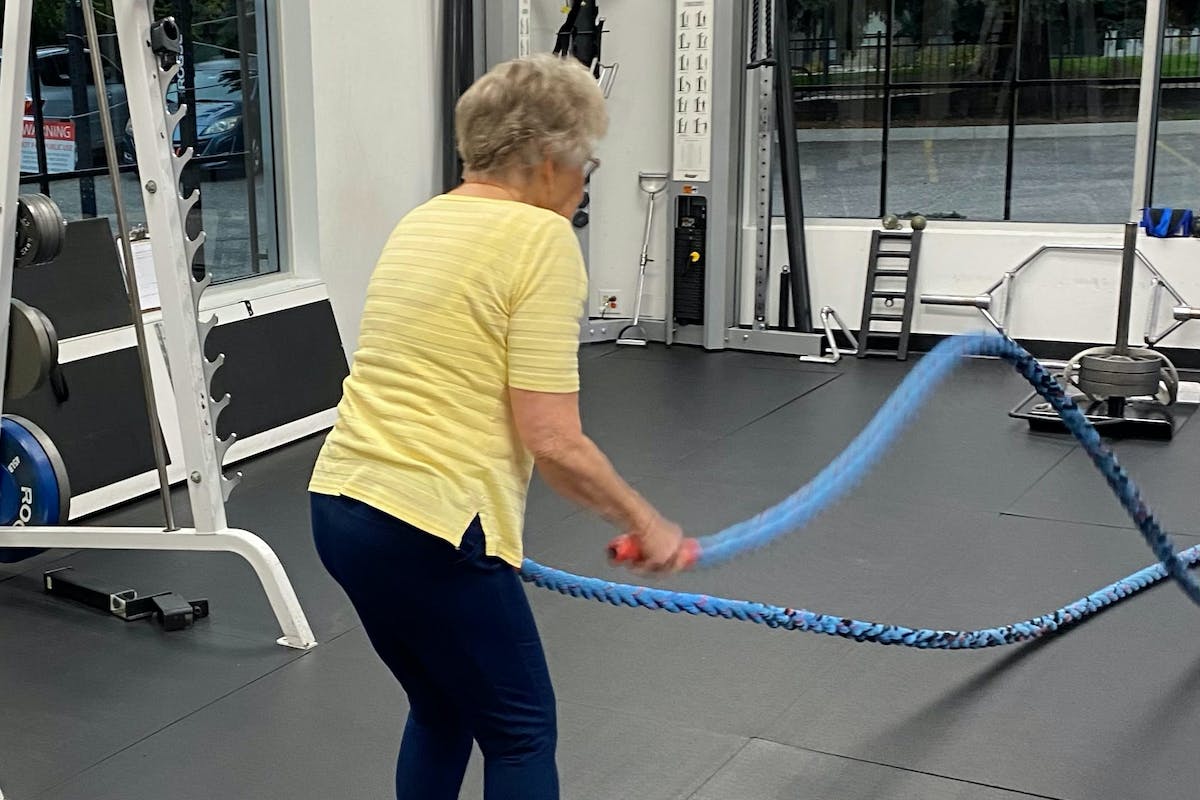 In the 1970’s my grandparents, Jim and Carolyn Kling, helped start what is today a multimillion-dollar international health food and supplement company. I grew up going to meetings in Holiday Inn conference rooms and people’s living rooms as they tried to grow this little company into what it is today. As early as I can remember, it was drilled into me to eat healthy and exercise.

Fast forward to 2021…My grandpa has been gone for 6 years, and my grandma has remarried a great guy named Harold, who are both members of our little personal training studio in Boise. They each come in 3 days a week and work as hard as anyone else does in the studio. As I’m sure any business owner does, I get sucked into the day-to-day and so often forget to stop to reflect on life or how remarkable it is to witness two people in their late 80’s still working on their fitness. I took a moment to observe my grandma who is 89 years old doing 10 calories on the Ski Erg in 1 min time! Then, I watched her go over and do rope slams for 40 consecutive seconds. Totally out of breath, she didn’t quit one second early or complain. She was more interested in how long it took her to get those calories and wanting to improve. (Maybe that’s where I get my competitiveness from?). Sure, she has some aches and pains. Her knees don’t work quite as good as they used to, but how great is it to see someone dedicated to their fitness and still trying to improve at almost 90 years old.

Then, there is my client--someone I look up to as a mentor, Winston at 97 years old. I train him two times a week in his private studio inside his home. He’s an icon in Boise. Someone who started from nothing and became one of the most successful individuals in Idaho. It’s a little room with a bench, a bike, some weights, and bands. His body isn’t what it used to be either, but he still bench presses a barbell that weighs about 35-40lbs between 20-30 reps. We warm up good and then I usually tell him something like, “Ok, let’s do 12 reps.” When we get to twelve, I usually hear, “WAIT!” That means “Don’t you dare take the barbell!” I wait and he keeps pumping out reps until he gets to somewhere around 25 reps. I’ve seen him do 30 reps on several occasions. I’m right there with my hands ready to grab the bar at any moment. I take the barbell, put it back on the floor, and then offer him a hand to sit back up. My heart rate is usually as high as his by just watching him. He rests for a bit but not too long. (He doesn’t waste any time!) Then, we do squats with a kettlebell, some horizontal rows with a resistance band, and finish by doing a minute on a recumbent bike. I don’t take it easy on him. Mostly because he wouldn’t want me to and because doesn’t accept weakness or mediocrity. I wouldn’t either if I was him.

So, how old is too old to work out? When should someone decide they’ve had a good life and just reflect on the past and not strive towards the future? I don’t know, and it’s not my place to say. I do know that mindset has much to do with gains, and I just hope I’m the person still trying to set personal records in my 80’s or 90’s.