Hashimotos: My Road of Discovery 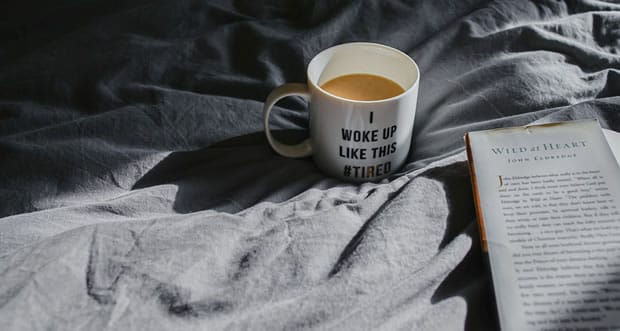 Hashimoto’s did not hit me like a ton of bricks. It was a slow and steady, sneaky disease that just reared its head in my life over a few years (if not more than that). I honestly thought my slight weight gain, zero energy at midday, ice cold extremities, and my hair falling out in patches were just all part of age and being a mom of two munchkins. Never did I imagine these symptoms being a result of an underactive thyroid. Besides, I exercised, ate relatively healthy, and maintained stress well.

I remember the day like it was yesterday… it was my annual visit with my OBGYN. I stepped on the scale to be weighed and was surprised to see I was almost twelve pounds heavier than usual. Now feeling self-conscious, it was time to strip down. Joy, joy!

During the examination, she pressed around my clavicle and just below my throat… then, pressed a bit more and more. I found this to be a bit odd because this wasn’t routine at all. “You have a goiter!” She said. (A goiter is an enlarged, inflamed thyroid.) A hundred questions began swimming through my mind… One question I could not leave was, “What is truly going on inside of my body to cause this?”

The next step was blood work, which tested the following:

The only two abnormalities were my glucose level and my TSH (Thyroid Stimulating Hormone). My glucose was low, and my TSH was high (7.1).

Now carrying around the label ‘hypothyroid’, I was referred to an Endocrinologist. It was after my consultation with him that I took a step back and reevaluated my situation. I was not quite so sure if removing my thyroid was the best answer just yet nor was I sure why I was having these issues in the first place. Even after meeting with two doctors things still felt like a mystery and my curious self still wanted more knowledge/information before jumping to surgery because removing an organ is a pretty big deal!

Thankfully, my love of research led me to a very reputable doctor in Southlake, TX. Dr. Anthony Rector was able to give me more answers than I could have imagined and helped take me where I wanted to go with my health when I didn’t even know where to begin. He posed the questions: Were my goiter and hypothyroidism it? Was it that simple? Or was it possibly Hashimoto’s Thyroiditis, an auto-immune disease? I hadn’t even heard of Hashimoto’s before, nor did my previous doctors mention the possibility.

In a nutshell, Hashimoto’s disease is an auto-immune disorder in which the immune system attacks and destroys the thyroid gland. The ancient Greeks named the thyroid gland thyreos, which means shield, and it’s a fitting description. Not only is the thyroid gland shaped like a shield but it also serves as one by setting the body’s speed limit. If you’re cold, the thyroid steps on the gas to create more heat. If you’ve got a virus, the thyroid revs up the engine of your immune system. If you’re overly stressed from too many 18-hour days fueled by coffee, the thyroid hits the brakes so you don’t blow a gasket in the fast lane and steers you into the slow lane. It is one of the most complex hormone-producing glands in the body (Kharrazian, 2010)…. We desperately need this gland and do not want our body to attack it in any fashion, which is what Hashimoto’s does.

In order to determine if I had Hashimoto’s or just plain hypothyroidism, Dr. Rector measured my thyroid antibodies through another blood test. Testing positive for antibodies would confirm Hashimoto’s. Well, the result was definitely a positive one--a whopping 628 for my thyroglobulin antibodies and a 360 for my thyroid peroxidase antibodies. Clearly, my body had decided to attack itself (specifically my thyroid), and I needed to know why and what I could do to help make peace with the war inside.

Along with the antibodies, Dr. Rector also tested my Vitamin D, Ferritin, Free T4, Free T3, and my cortisol levels. While I waited on the results, I came across several helpful websites. One in particular was stopthethyroidmadness.com. I learned a few things…

With all that said, I decided it was time to activate beast mode and be my body’s best friend. I removed gluten and sugar completely from my diet and within 5-7 days, I felt like I had the full-blown flu—intense body aches and fatigue--could barely walk. (I knew it wasn’t the actual flu because I had no fever nor did I have any upper respiratory symptoms.) Once the flu-like symptoms subsided, my body felt so renewed! I had so much energy. I was completely shocked! My hair started to grow back. I no longer felt like I needed a midday nap, and I also lost the extra weight.

Later more test results came in. I remember my doctor making some funny, but sincere, comments about how I should be feeling terrible because of what the blood work revealed, but that my continued exercise and food changes had helped shield me from some unpleasant symptoms. Here is what the blood work showed…

So, now, not only did I have thyroid problems, my body had major deficiencies. It needed major support and a total overhaul.

I’d already made some significant changes, but there was so much more to be done and to learn. I was ready for the challenge! Check back for my next post where I’ll share how I battled Hashimoto’s Thyroiditis!