4 Keys to Achieve Any Goal in Life 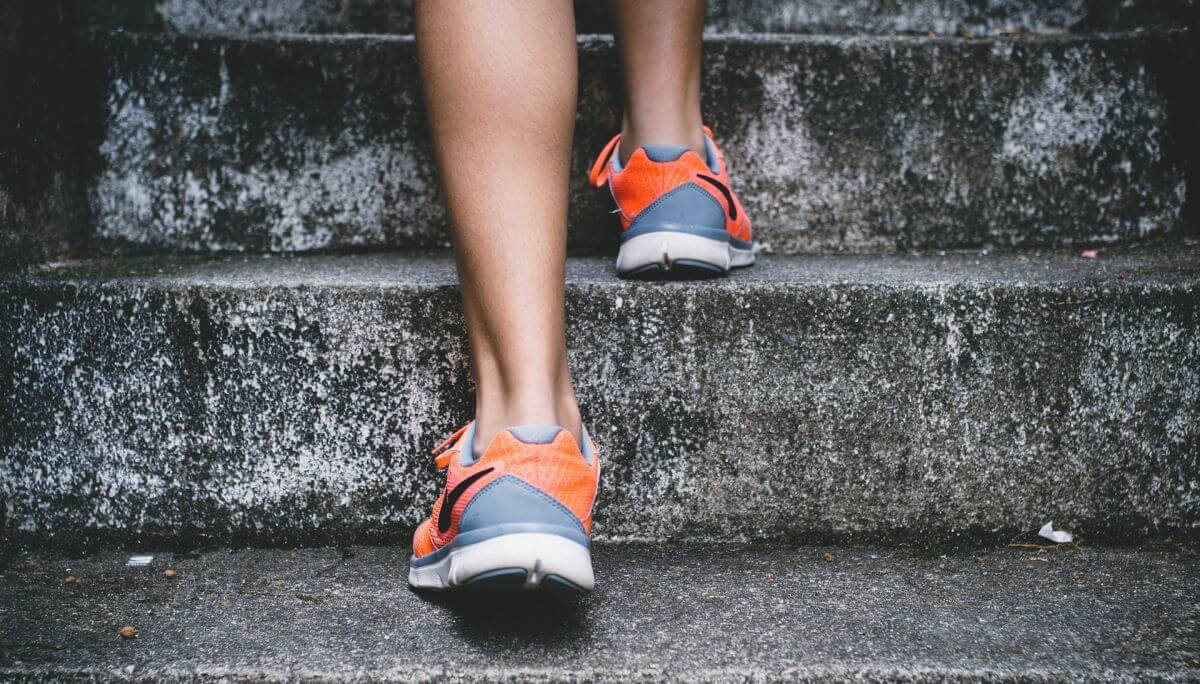 Early on, when my wife and I bought Body Basics – a personal training studio in Boise, ID – a well-meaning client told me I couldn’t maintain my schedule for more than 6 months. She was predicting my personal demise and burn out because she thought I was working too hard. I was waking up at 4:30am Monday through Friday, personal training and managing the gym with my wife, and leaving around 6:30pm to 8pm most nights. I would get home, eat, help tuck my kids in bed and go to sleep so I could do it again. On Fridays, I would end much earlier, but I would usually spend time doing a project like painting, laying floor, or helping build something. I was working a lot of hours by anyone’s standards. When the client told me I couldn’t make it 6 months, I took it personally. I even had others try tell me I needed to hire someone to take some of my load. I had one person tell me I needed to work smarter, not harder! These people were well-meaning and weren’t trying to discourage me. They just didn’t see the whole picture or have the same goals I had for my business.

I didn’t give in to the feeling I was working too much, or that it was too hard. If I let myself believe that for 1 second, I would have let weakness creep into my mind, and it would have taken root. The fact is… I had the ability to own a business with my wife, and I loved my business. I would rather be working this hard with awesome people than doing many other jobs. I just kept reminding myself of that. I get to own a personal training studio. I get to work in the fitness industry and help people get stronger.

This is what I discovered to be the 1st key to winning – Perspective! You can either tell yourself, “You’ve had it rough lately. You ‘deserve’ a break. You’ve been working too hard. Life isn’t fair and other people have it easier”, or you tell yourself, “This might be hard, but it’s not too hard. You have plenty of strength to do this. There are a lot of people in much worse situations who would love to be in your shoes”, or my favorite thing tell myself is, “This isn’t even close to hard yet. Don’t even think about quitting/slowing down/feeling sorry for yourself.” When those well-meaning people told me those things, I had a choice to make. I could entertain what they said, or I could ignore them and stay right on track. I chose the second option.

Life – in one sense – is simply a conglomeration of perspectives we accept or deny in life. “Easy,” “too hard,” “good,” “tough” are all relative. If you think something is “too hard”, it probably will be. If you make up your mind you can do something, you probably can. Most of the things you do and don’t do in life are simply due to perspectives you’ve chosen to accept or deny. The mind is not only a place to process data, it is itself efficacious. Meaning, these perspectives we adopt aren’t just logical processes reflecting the actual state of being. They actually effect outcomes, change our future, and cause results for better or worse. Only accept the perspectives you want taking root in your mind. If you let a perspective like, “this is too hard” or “I’m probably going to fail” take root, it’s over. As soon as those thoughts creep in, destroy them.

When you start doing something like a new diet or workout or a new job, it’s going to feel overwhelming; then, after you’ve done it for a while and you’ve adapted to it, it will feel easier and more common to you. Don’t stay there. Take the next step up the ladder. All you’ve done is established a new normal, and it’s time to pull yourself up to the next level. You’ll go through the same struggles you just went through in the sense of it feeling overwhelming and hard at first. Don’t worry; you’ll adapt just like you did last time. Remind yourself you’ve been through this and made it; then, once you’ve established a new normal on that level, go to the next and the next. This is how you win!

Don’t pat yourself on the back. Don’t look at how far you’ve come, or how awesome you think you are. You’ll start to believe you worked really hard and deserve a break. You’ll look down and be like, “Wow! I’ve accomplished a lot!” So what? Are you where you want to be? Do you have more rungs on your ladder? Then, don’t stop. Don’t look down, and don’t look too far up. Just focus on the next rung. It’ll be hard, but you’ve been through it before and can do it again. Or, maybe you’ve failed at something and are having a hard time moving on. Key #3 still applies. Don’t pay any attention to yourself. Don’t start interpreting failures through the lens of personal self-worth and your value as an individual. Stop thinking you’re not smart, or you’re not good enough. Those thoughts are just perspectives you’re letting take root. You failed at something. Big deal. Fail again and fail again. You’re only a failure if you quit trying. For some reason, as soon as we fail at something we interpret that failure through a massive telescope that sees our entire self-worth and value as a human being and degrades it to worthless.

A failure doesn’t mean anything pertaining to your value. Figure out why you failed, analyze the shortcomings, and learn from them. This will help you do better the next time. If you only try things you know you can do well, you’re going about life all wrong. I’ve learned more from my failures than I ever have from my successes. I don’t try to fail at anything, but when I do, it’s not a reflection of how smart I am or how good I am; it’s just data and an experience to learn from so I can succeed.

4th Key: Don’t compare yourself to others!

You want a sure-fire way to fail at anything just look at all the people who have done it before you. You’ll see how smart they are, how good they are, how excellent they are, etc.… and start thinking you’re not as good/smart/accomplished as they are. Don’t…I repeat, DON’T use social media as your accountability partner to keep you on track. Don’t follow people you don’t know or try to get validation from likes or followers. In fact, don’t even use social media as platform to let people know how you’re doing. It will simply discourage you. Your goal is YOURS! Only tell people that support you and are on board with you. Don’t look for feedback or validation outside of that. All it will do is fill your head with perspectives that you probably don’t want to adopt.

Only chose the perspectives you want to accept, challenge yourself to move to a new normal, don’t focus on yourself, and don’t compare yourself to others. If you adopt these habits, you’ll win at almost anything you set your mind to. It’s what’s helped me in business, in fitness, in health, in education, and almost anything else where I’ve been successful. Good luck! I’d love to hear your stories of accomplishments. Shoot me an email at james@bodybasicsboise.com